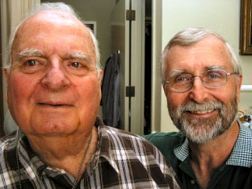 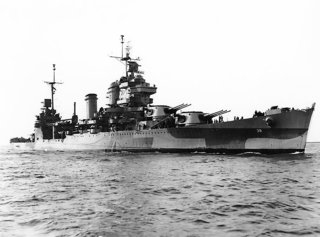 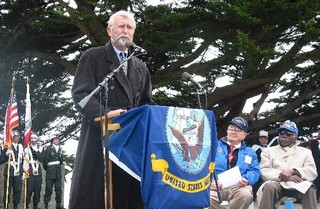 JDW at USS San Francisco Memorial with two survivors of the Guadalcanal battle.

No Time to Waste

No Time To Waste is a combat memoir of shooting wars and spiritual wars, and of breathtaking amazing grace at Pearl Harbor, Guadalcanal, under the South Pacific in a submarine, over the Ho Chi Minh Trail in an F-100; and in the hearts of two best friends, self-made, self-satisfied veterans of two different wars, long after their combat days were over. John E. "Jack" Bennett's eyewitness accounts, as told to the author, of his time as a junior officer at ground zero at Pearl Harbor and Guadalcanal will stress the reader's heart. World War II Pacific Fleet Admiral Ernest J. King called Guadalcanal "...the most furious sea battle fought in history." Jack Bennett literally saved the flagship, the heavy cruiser, USS San Francisco, when the post-midnight shooting stopped and he arrived at the twisted and shredded metal that had been the bridge. He found the leadership unrecognizably dead and the ship, controlled by nobody, doing lazy circles in a terrifying list in the dark. History buffs will learn new facts about that famous battle, as Jack's grateful shipmates who lived to read this account 67 years later attest. (They invited the author to address the public on Jack's behalf, following his death at age 90, at the USS San Francisco Memorial at Land's End Park in San Francisco on Memorial Day, 2009.)

Jack's detailed insider senior officer account of all five of the war patrols in the Pacific on the highly decorated, highly successful submarine, USS Queenfish, are no less heart stopping and his survival less miraculous.  But it took this American hero another half-century to come to an understanding of the "why me?" that all war survivors live with.  He found it, by God's grace through the flawed witness of a dear friend--a fighter pilot from a later war--and his longsuffering, determined witness of what a sovereign God had done for his soul.  Then the new Christian with an insatiable thirst for Truth in the twilight of his years implored the author, his junior mentor, "I have No Time To Waste."

"…a gripping tale of a symbiotic relationship of two men from two different generations, who fought in different wars, who then were bound together by special circumstances separated by distance and time. Not only will you be moved by stirring accounts of horrific battles, amazing acts of heroism, and close calls on different battlefields, you will also be amazed by reflections that can only be fully appreciated and celebrated in the light of a backward glance at God's providence. But being saved from the battles of this world cannot compare with being saved from the grip of spiritual death. Be ready to marvel at how God's sovereign grace conquered the hearts of self-made, self-satisfied men, who then gladly submitted to their loving and mighty Savior. But there is also the riveting story of the transformation of Jack Bennett, from decorated warrior of his country to faithful soldier of Christ. You will not waste your time, but in fact, redeem it, by reading this book."
Dr. Dominic Aquila, President
New Geneva Theological Seminary,
Colorado Springs, CO

"...things about this book (such as the unusual journaled format, the biographical thrust of the stories, and the powerful interwoven biblical truths) may speak for themselves or be addressed by others, but for me one thought was relentless through the whole. Sometimes the thought was accompanied with tears and sometimes with laughter, but always the thought 'Thank you, Lord for your grace to and through these men.' Truly, they are like those of whom you have said, ...the world is not worthy...(Hebrews 11:38)."
Rev. Mo Up De Graf
Retired Administrator, Ridge Haven Conference Center and Retreat, NC

"Whether the battle is military, cultural, or even theological, author JD Wetterling has a knack for keeping his readers' attention focused on the issues that really matter. Nothing dry or tedious here. It's a fascinating story of a fascinating man's fascinating discovery."
Joel Belz, Founder
World Magazine
Asheville, NC

"I am so thankful that the author not only chronicled Jack Bennett's extraordinary military career, but also the painstaking way he led Jack to the Lord as he pursued the big 'Why Me?' Magnificent! This is a primer for soul-saving. Thank you."
Dr. Bob King
Jack Bennett's lifelong friend

"No Time To Waste is a riveting testimony to God's grace and sovereignty as He uses similar wartime experiences to bring a WWII submariner and a Vietnam era fighter pilot together in a life changing relationship. JD Wetterling does a brilliant dance between his wartime narrative and his current experience in a way that allows the reader to relive those historical events and apply them to 'Brother Jack's' appointment with his creator. The reader is allowed to peer into the heart and mind of a lost soul on the path to salvation in a way seldom documented before. As in his previous work, No One..., JD's presentation of the gospel is clear, concise and biblical. You will find yourself rooting for Jack as you read even though you know the outcome ahead of time."
Dr. Dan Youngren
Custer, SD 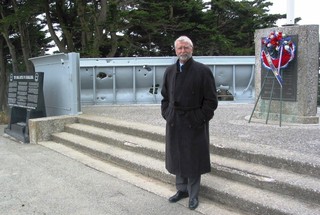